We first met Bow back in 2017. Her mother was living in Bangkok and had mental health issues, unable to support her family. Her father had left his wife when Bow was 3 years old. Bow lived with her grandmother and an uncle, but the house they were living in had been seized by the bank. They had barely enough money to buy food. Sometimes Bow went to school on an empty stomach. 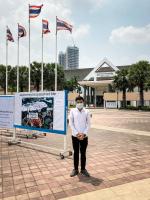 Air became a Fund Isaan scholarship student in 2018. It was foreseen that he would graduate in 2022  with a bachelor degree in Political Science from Ramkhamhaeng University in Bangkok. But Air graduated one year earlier by taking and passing as many credits per academic session as his university allowed. 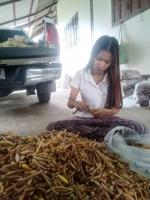 We met Jane in 2017. Her parents were selling frogs and vegetables on the market. The business was just enough to pay for their daily expenses. They never made a real profit. 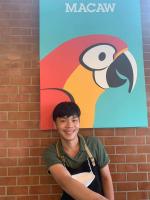 If someone knows the impact of the corona pandemic it is Em. Em was a very good student at Prasat Witthayakarn School, where he graduated in March 2020. Eager to interact with foreigners Em decided to study Tourism Management at Mahasarakham University. At that time Tourism was one of the most important sources of income for the Thai Economy. 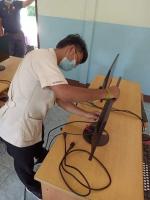 If anyone knows the meaning of the song: "I never promised you a rose garden, along with the sunshine, there has to be a little rain sometimes", it is Jame.